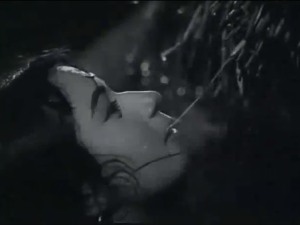 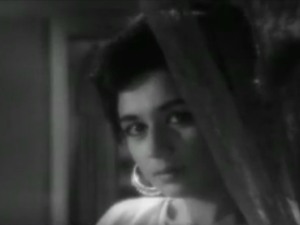 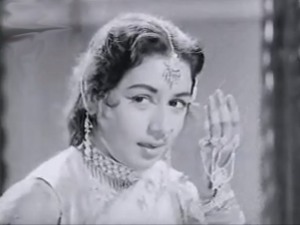 There are more beautiful songs than these by Asha for Nanda, so you might ask, why I chose this one. For one, this has Nanda in quite an unusual role for her and that of a tawaif, a courtesan. This is not a role, which one normally associates with her. Moreover, though she gives her best, all the thumkas and nakhras just don’t look natural on her. But as far as I know this is the only role, which you find her doing all these things. 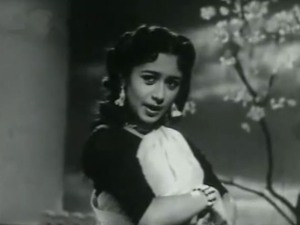 I personally think, that Geeta’s mournful voice would have suited Nanda perfectly. But it seems that this is the only song, where Geeta gave playback to her. I would have preferred a more lively or a more sad song. This is also the only song, where Nanda came anywhere near Shamshad Begum’s voice.
If you, my dear readers, should find any songs by Geeta Dutt or Shamshad Begum for Nanda, I would love to listen to them. 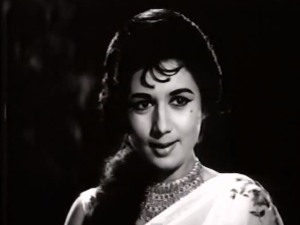 Lata gave Nanda her most songs. Not very unusual, this must be true for all the heroines of that era. The fact that Lata could imitate people helped her give each actress her individual note.
To choose one song from this vast collection was hard for me. That is why I took one song, which was not in the Nanda birthday post last year. 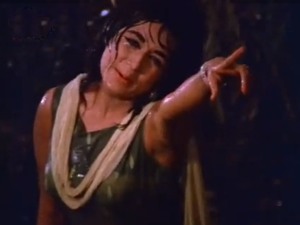 Some like Sharda’s voice, some don’t. I belong to the latter category. Nevertheless she gives the song the necessary sultriness. As far as I know this is the only song, where Sharda gave playback to Nanda. 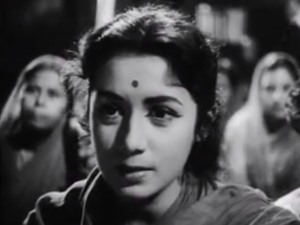 At the beginning of her career, Nanda seemed to have been doomed to be slotted in sister roles. Toofan aur Diya [1956], Bhabhi [1957], Dulhan [1958], Chhoti Behen [1959] and Kala Bazaar [1960] were such films. Fortunately though she could come out of this mould and get better and bigger roles.
Sudha Malhotra’s soft voice suits Nanda’s persona very well. A pity that she didn’t get more singing assignments. 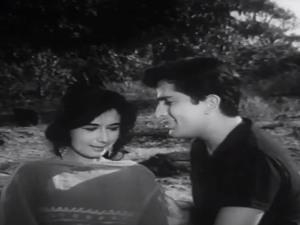 There are other songs, where Suman Kalyanpur gives playback to Nanda, but none matches in beauty (for me) with this one. 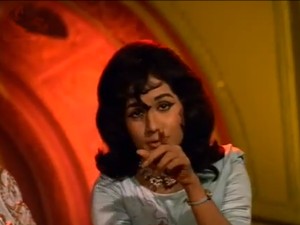 There are very few Usha Mangeshkar songs in Hindi, in which she gives playback to the lead actress and still fewer songs, where she sings for the lead actress, while her more famous and succesful sister sings for the supporting actress. In this adaptation of Agatha Christie’s And Then There Were None, she has an unusual role of being a murder suspect. 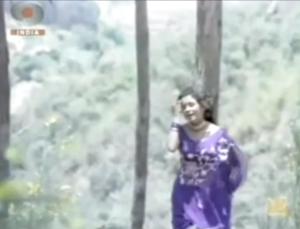 Most of you might not even have heard of this movie. I know only the songs, thus don’t know much of the content. From other songs it looks as if Navin Nischol is a philanderer, thus most probably reformed by Nanda. The other songs from this song are good.

Dear Nanda, wish you a happy birthday and wish you many more healthy and peaceful years of life ahead! Thank you for the beautiful cinematic moments you have gifted us!