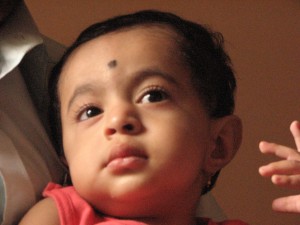 Well here they are! Try not to fall asleep while reading it! Yawn! 😉 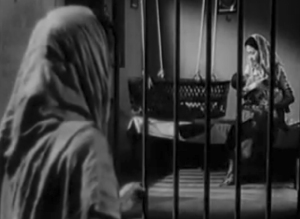 This lullaby highlights Meena Kumari’s guest appearance in the film. If I remember right, Nirupa Roy’s character comes expecting help to the local landlord’s house and she hears the young bride (Meena Kumari in a guest role) singing. What I love about this song is how the lori serves as a medium over which the two women bond over the social barriers which separate them. Lata’s beautiful rendering does help matters. 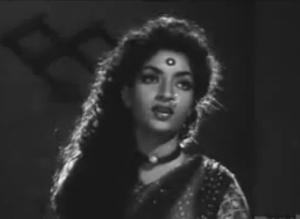 V. Shantaram’s last social film with a message pleading for rehabilitation of convicts. It has many pleasant songs and this is one of them. The song gives a feeling that it is accompanied only by the natural sounds like the swinging window door and its rhythmic hitting against a lota. Even Sandhya gives a subdued act to this lilting lullaby. Has nice stills of dogs, cow and hens with their young ones. One of Vasant Desai’s earliest forays in Hindi film music. 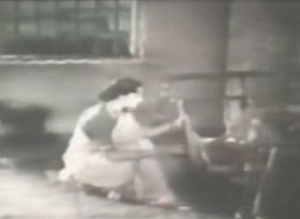 Why do so many Hindi movie lullabies have to be sad? I don’t know what the scene depicts. Most probably it is a scene, where the pardesi, Afanasy Nikitin (Oleg Strizhenov), returns to say good-bye to Champa (Nargis), with whom he had fallen in love with but had to leave on his quest of discovery. Champa seems to have got married and singing her child to sleep. That right, Madhu? 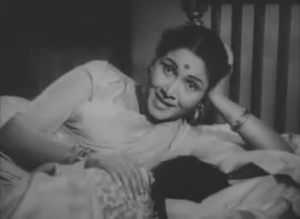 If I hadn’t made a chronological list but a list according to my liking this song would sure come in the first five. Geeta Dutt’s soulful rendering makes it irresistible. Listen to the way she stretches the aanaa in hawaa dhiree aanaa. Though the song itself is peaceful the situation in the film is all but peaceful. An abandoned child lies in the neighbouring room and the mother (played by Sulochana with her beatific smile) sings to her own as well as the other child ‘good night’. This act will one day save her life! 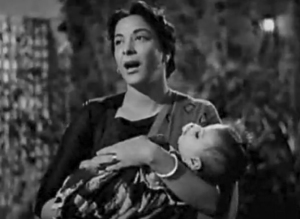 Such a sweet, cool, lilting lullaby! Asha renders it with all the sweetness in her voice. The bells chime in the mood for lullaby right away in the beginning reminding one of those music boxes for babies. The mother asks the moon not to shine so bright, the flowers not to smell so sweet, lest it might trouble her child’s sleep. 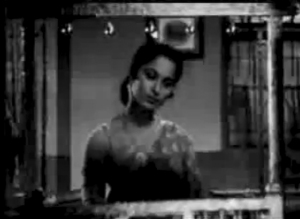 A waltz at the first sight seems quite unsuitable for a lullaby. If Verdi can use it in his early operas for tragic scenes then it suits a lullaby more. One fears for the child’s health though, the way Waheeda swirls it around.

If we had till now six women singing loris, the next four are by men. My mother told me that when I was a small baby (lesser than one month old), I used to cry a lot (lots more than others babies). My father it seems was the only person who could put me to sleep instantly or at least make me stop crying. 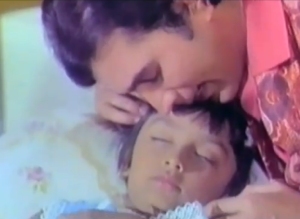 This is for you, Madhu! This song is so much of waiting for sleep. You are the one who comes to my mind while listening to it, particularly the line chote chote naina, yeh lambi kari raina. http://anuradhawarrier.blogspot.com/2011/11/my-favourites-best-picturised-songs.html#comment-369175330 Wishing you lots of sleep, dear Madhu! 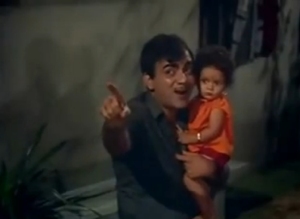 Isn’t that a beautiful transferred epithet, to say the moon is sleepless? Okay, it is not a transferred epithet in its strictest sense, but still…
When I was small, there was a girl named Chanda in our neighbourhood. I thought that this song is addressed to her.

I am in two minds about this one. I love Kishore Kumar’s voice how it raises and flies with aa ri aa jaa (come o come) and floats with nindiya tu le chal kahin, udan khatole me (sleep take me with you, on your flying machine) and flies away door door yahan se door (far, far, far away from here). It has the same feeling as Rajesh Roshan’s another composition yeh raate nahin purani http://www.youtube.com/watch?v=KkNDS7TfJ5s from Julie. What disturbs me is the father’s assertions what not he is all prepared to do for his (foster-) son. I mean, the poor thing won’t be able to sleep for bad conscience. 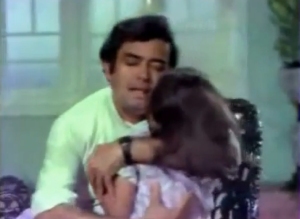 I love this song alone for the phrase chandni re jhoom. (swing moonlight, swing) The way Pancham has composed it, it makes me want to jhoom myself. Also love the way Majrooh has made the widowed father mouth the words mamta lutawoon aise machh jaiye dhoom [(spread motherhood and have a blast) or is that a VERY bad translation?]

This is a post, which took the longest time to reach its end. I started with it last year on 20. Dec. I had even spoken about it with Madhu in April about it. Poor thing she even shelved her project on the same for me. This post is therefore dedicated to you, dear Madhu!

So, now I have to go. Soon we will be having the Bescherung (the gift giving ceremony). I have beeen a good boy (most of the time at least, except for criticising Raj at Anu’s blog).

Wish all readers of this blog and beyond a merry Christmas and may you recognise and enjoy the gifts life brings you today and in the future.

Here is the playlist!