(from: http://withfriendship.com/user/neeraj/Asha_Bhosle.php)
While Lata has that virginal, untouched, sweet voice, there is this dark, seductive tone of Asha’s. For me Lata’s voice is like a thandi hawa, which refreshes and cools, while Asha’s voice is one which though it might be outwardly calm brings a whirlwind bringing all my feelings and emotions in a chaos. What really strikes me about Asha’s voice is her phenomenal width. She seems to go from one octave to the other like a lift and bridge it with a effortlessness, which takes my breath away. Both of them have a phenomenal technique, which has assured them a long career.
Making a 10 favourite list for Lata or Asha is a futile task. I won’t even attempt it, thus I have taken an easier way out and listed my ten favourite Asha-Lata duets. In the duets their rivalry or let us say healthy competition can be seen in how the lines of the song are divided among them. It is also interesting to note that if the duet was between the leading lady and her friend, then Lata always gave playback to the heroine and Asha got to sing for the sakhi.
I will stop analysing and present my ten favs. Hope you like and enjoy them.
END_OF_DOCUMENT_TOKEN_TO_BE_REPLACED 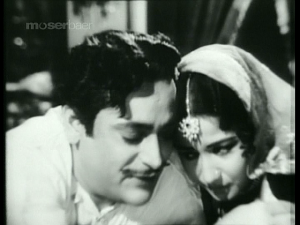 It is nearly three days since I saw Sahib Bibi aur Ghulam and I just don’t know how to start with the description. The story has so many layers, so many details. The whole picturisation is a revelation. In every angle there is something to be discovered. And I wanted and want to include everything, which is impossible. And of course I have to follow my day job as well. Thus, I’ve planned to go the Pyaasa way. I’ll post the synopsis and something about this and that. And then will arrive the Musings on… part. By the way a wonderful synopsis of the film has written by dear dustedoff, who is so much better with the language and has an art of expressing herself. She and this film are by the way also responsible for this blog. Richard has written in his expressive explosive manner on his reaction to the film. The Third Man at Upperstall gives many insights into the film and the big fan of Guru Dutt Philip Lutgendorf at his wonderful site has also written about this film.

END_OF_DOCUMENT_TOKEN_TO_BE_REPLACED

Posted by harveypam on June 18, 2010 in Bollywood, Guru Dutt Series

This one was for me Guru Dutt’s less interesting films. In my teens I just couldn’t warm up to it as I had for Pyaasa, Kaagaz ke Phool or Sahib Bibi aur Ghulam or for that matter even Aar-Paar. Although nearly everybody loves the title song, even that didn’t much to me. All this changed completely when I read Cory Creekmur’s  notes on the film on Philip Lutgendorf’s site. I cursed myself for being blind and re-watched it. One thing is to be said of it: this film created more waves of contradictions in my heart than any other film ever has.

END_OF_DOCUMENT_TOKEN_TO_BE_REPLACED

Posted by harveypam on June 11, 2010 in Bollywood, Guru Dutt Series 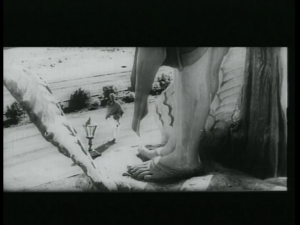