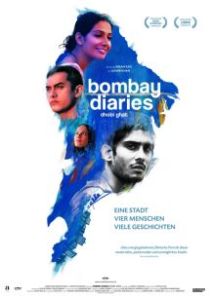 Last evening I saw Dhobi Ghat at the local cinema hall. In the town I live, hardly any Hindi films are shown. Thus, I was very happy to see the bills of Dhobi Ghat on the cinema display board. I wasn’t expecting much, because the reviews had been mixed. When I entered the cinema hall last night there were five people including my freind and me. The fifth person it seems had just come there to sleep and stink. We sighed and moved one row ahead. The film began, the plot unfolded , the pictures came, it moved, it swept over the streets of Bombay, the sights, the smells (!), the colours, the hectic, the stillness, the monsoon, the music, the life. A poem, a song with a strong ending, but all the same a beautiful ending, very fulfilling!
END_OF_DOCUMENT_TOKEN_TO_BE_REPLACED

Posted by harveypam on January 5, 2012 in Bollywood