RSS
← Of Winds and Breezes
Sun Mere Bandhu Re… ! →

Spring in the air… Why should I?

Shashi, a contestant in the great Indian Talent Show and also a fellow Dharam-fan, came up with the idea of making a list of bahaar (spring) songs. Since I wasn’t in the spring mood, I asked him if he would like to do a guest post… and he agreed.
My mother always says that a good house is where guests come. If my blog is my house than I am blessed indeed. I have so many guests who come here regularly and also leave comments which give me new ideas and also widen my horizons with new songs. So here is one guest, who is also doing a post and bringing in the spring. After all his name is Shashi (the Sun)!

Harveypam whose posts I keenly follow did a post on thandi hawa very recently. On commenting that I look forward to a post on Bahar from him in future, he very graciously suggested why don’t I do a guest post myself? I haven’t done a song or movie blog so far, so my work may look very amateurish when compared to stalwarts like Harveypam, Memsaab, Atul, Daddys’ Girl  and DustedOff among others. So if you see any grave inconsistencies in my post, Harveypam ko apna samajh ke maaf kar deejiye (please think of Harveypam as your own and forgive him) 😀
To set the spring rolling, below is a list of my 10 favourite Bahar songs (those songs which have the word in their mukhdas or opening lines) 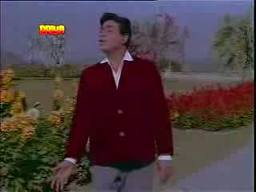 This romantic song is placed at a very peculiar situation in the movie. Rajendra Kumar sings to his lady love Sadhana, when her marriage has just been fixed with Feroz Khan. Except that they themselves are not aware of it. If not for the wonderful tune and picturesque scene, I would have become very anxious of what would happen next. The song is such that you feel it should go on and on…..(BTW, this is the movie with a very famous “Nahiiiiiiiiiin” moment by Rajendra Kumar)

Again the same combination except Vyjayanthimala. I guess Rajendra Kumar would have enough of his own bahar numbers to croon when taking his daily shower. Someday in future if I do a male version of “Ram Teri Ganga Maili”, I would rename it as “Krishna Tera Raju Maila” and cast Kumar Gaurav in Raju’s role 😀

I haven’t watched Devar, but when I watched this song for the first time, I gathered Deven Verma has married Sharmila Tagore claiming to be a poet. Of course, Dharmendra who is the real poet is very upset by this and sings this song at their wedding reception.
I also wanted a clarification. In some sites, I see Kishore Kumar’s name mentioned in the cast credits. Can anyone confirm if he did a guest appearance in the movie?

Another Dharmendra number though on a very positive note. I watched this movie a long time back and remember he plays a journalist in the movie. He’s on his way from his village to the city where he has to report for duty. In one stanza of the song, he very sweetly buys candy from a poor buy and gives it back to him. The smile on the boy’s face encapsulates the entire theme.  Of course, Dharmendra didn’t even need to act; he was so natural. 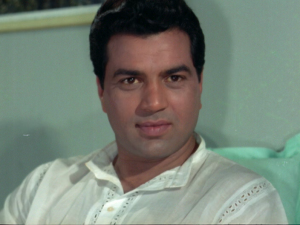 Before you dethrone Rajendra Kumar and crown Dharmendra as the King of bathroom singers, let me remind you this song is lip synched by Asha Parekh in the movie. Yeah, her leading hero happens to be Dharmendra but he had no need to memorize the lyrics….the Mohammed Rafi-Lata Mangeshkar feud was still on during this period, so I guess many duets were played as solo numbers. It’s a dream sequence and a close-up of Dharmendra is shown just before the song starts. (Pic courtesy Daddy’s Girl) Need I say anything more? 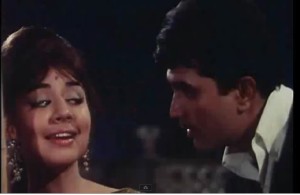 I was trying to imagine how it would be if Jeetendra were to sing this number while taking his daily shower. I am sure he would be our very own Keith Moon.
This movie catapulted him to the “star bracket” after being declared a flop in in its initial 10 weeks. The leading lady Babita was already a star with her debut movie “Dus Lakh” (1966). Aruna Irani featured only in this song and mentioned in an interview that the dance master Hiralal used to cane the actors to get their dance steps right.

No, I wouldn’t coronate Dharmendra yet.  Partly because he’s shared the honors with Suchitra Sen in this song. I simply don’t know why the two didn’t appear in another movie together. She had a double role in the movie, but he hardly had any highlight scenes in the movie. Why does Asit Sen (the movie director) do this? He did it in Khamoshi (1969) too. Dharmendra hardly had 5 minutes.

I don’t remember anything of this movie since I watched it in my pichla janam (last birth). But I am happy about one thing – it just saved Dharmendra from a definite crowning ceremony. He is not Meena Kumari’s leading man in the movie.  Atul has done the song review, so I don’t know if I will be able to do more justice than him. 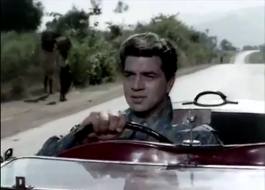 Yakeen maniye Dharmendra still can’t be crowned  as the king. Why? One RK (Rajesh Khanna) had taken over from another (Rajendra Kumar). Still don’t believe me? Rajesh had the other Bahar song in “Do Raaste” (1969) – “Fiza ke phool pe aati kabhi bahar nahin” apart from the above Aradhana number . Well he also starred in “Baharon Ke Sapne” (1967) before that !! not to forget “Baharon mera jeevan bhi sawaaron” from his debut movie “Aakhri Khat (1966) !!!

Lagta hai mujhe “baahar” jaane ka rasta jaldi dhoondhna padega warna….(Looks like I need to find a way “out” very soon or else…..)
That’s it from my side folks; I hope you enjoyed reading the songs as much as Harveypam did.
BHAAGO!!

Posted by harveypam on February 19, 2012 in Bollywood, Guest Post, Lists

98 responses to “Spring in the air… Why should I?”