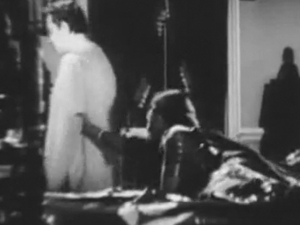 Nobody can sing mat jaa more poignantly than Geeta Dutt. There is this longing mixed with sadness and huge portion of desperation. Burning with desire (as Meera puts it) she waits for salvation in the arms of her beloved. Hmmm…

Quite different from the above song is this one. Here also she beseeches him not to go, but in a more coquette way. A burning desire is present here as well, but not the desperation, because maybe she is well aware of the easiness of the task ahead. Padmini’s dance would stop anybody from going, won’t it Richard? 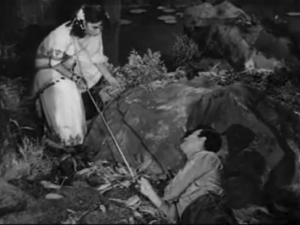 The inspiration song for this post, and my most favourite. Jaidev has woven magic in the tunes of this composition. Every note has this ring of sweet pain, that it tugs one’s heart and puts a smile on the lips. The song begins with his asking her not to go and reasoning, that after all she has just arrived. The mood is bit dark, grey if not black, the half-darkness of the evening, which he says has not ended as yet. And then she sings sitaren jhil mila uthe! Asha sings it in a way which you feel as if the clouds have really parted and have given us a view of the shining stars on a clear sky. *sigh * 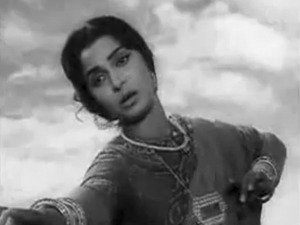 This song not only asks not to go but also gives clear instructions, where not to go. Instructions which though, are not followed. It is in fact a sad tale of her requests being ignored and the boundaries pushed to the extreme, till the point that she even agrees to accept his mistress. Sad!

Doesn’t the picturisation look a bit like that of jogi jab se tu aayaa more dwaare. 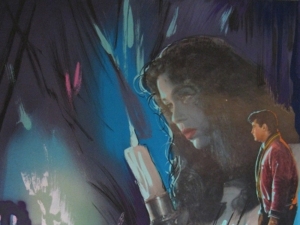 This song is rather a warning as not to go alone, for she might be teased by Krishna. Not a feministic thought!

Several heads will nod with disapproval at seeing this song in the list rather than many others. I chose the song, just for the sheer beauty of Rafi’s rendition. He is not in his best voice, but there is this immense sweetness in his voice! Sheer magic! There are other good songs in the movie like ek rutu aaye, ek rutu jaaye sung by Manna Dey & Lata Mangeshkar and yeh raat bhi jaa rahi hai sung by Lata Mangeshkar. 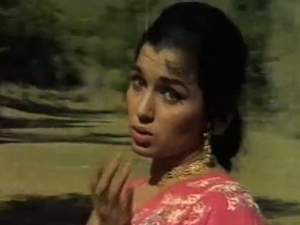 If till now all the songs had love as the basis of reasoning, this one has a practical one. She asks him not to leave the job. The incentives offered for the apparent poor payments at the job are beauty and love. Is that bribery?

By the way, till yesterday, I had thought the song goes mat jaiyon nagariya chhod ke (don’t leave the town). One never stops learning, does one?

Offering the heart as an abode for the sweet heart sounds all good and fine, but won’t Sharmila’s bouffant cause a heart enlargement. His other offers are equally gory. He would like to colour her lips with his blood. But Dharmendra lip-syncing to Rafi’s singing makes one forget all this and let’s us sink in this velvety comfort of beauty and sound.

The extensive use of bells in this song made me always feel that this is a ghost song. Only around some three-four years back, when I saw it on you tube, that I realised it is again Nasir Husain’s Mahableshwar location. Pancham’s use of (church?) bells in the refrain gives it a very mysterious halo. To the somewhat shallow lyrics by Majrooh, Pancham gives a depth, which while reading the lyrics seems out-of-place. But a haunting song all the same!

It is hard not to admire Asha Parekh’s telescopic vision in this song. 😉 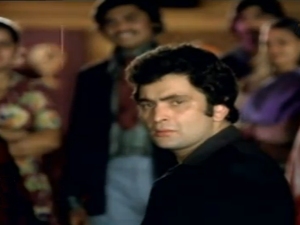 While in other songs, he/she needs a whole song to get convinced, here he let’s himself be persuaded right after the refrain. Maybe the fact that she glides from the antara directly in the mukhada helps the cause. Pancham at it again!

I have put all the above songs on a playlist in my account at you tube. You can listen to it here. Your suggestions to this list will be added as they come.